Scroll Down
Sofie Dossi is a globally renown YouTuber, stunning live performing artist, and actress.  Sofie gained fame as a finalist and Golden Buzzer recipient on NBC’s America’s Got Talent. Following the show, Sofie launched her YouTube channel where she quickly moved her NBC fandom over to her YouTube channel. Her channel since has toppled over 4.4 million subscribers
and has 700 million views in less than 3 years. Sofie earned a nomination for a 2017 Streamy Award, and again in 2018 for her YouTube collaboration with Miranda Sings, and yet again in 2019 for her YouTube dance video collaboration with Matt Steffanina. NBC invited Sofie perform on the premiere of the show America’s Got Talent: The Champions in 2019.
Deliverables
E-Commerce, Shopify, Web Design, Web Development
Site
SofieDossi.com
Colors
#d5a93b
#ffffff
#000000
#f5f5f5
Fonts

Sofie Dossi was looking to design its website to utilize all the latest web technologies available along with introducing new features, an updated interface and leverage the latest WordPress CMS Framework. The new website will provide its users with an entirely web-current online presentation which is easy to navigate, simple to find information and an effortless approach to browsing on multiple browsers and devices including mobile platforms with a responsive layout system. 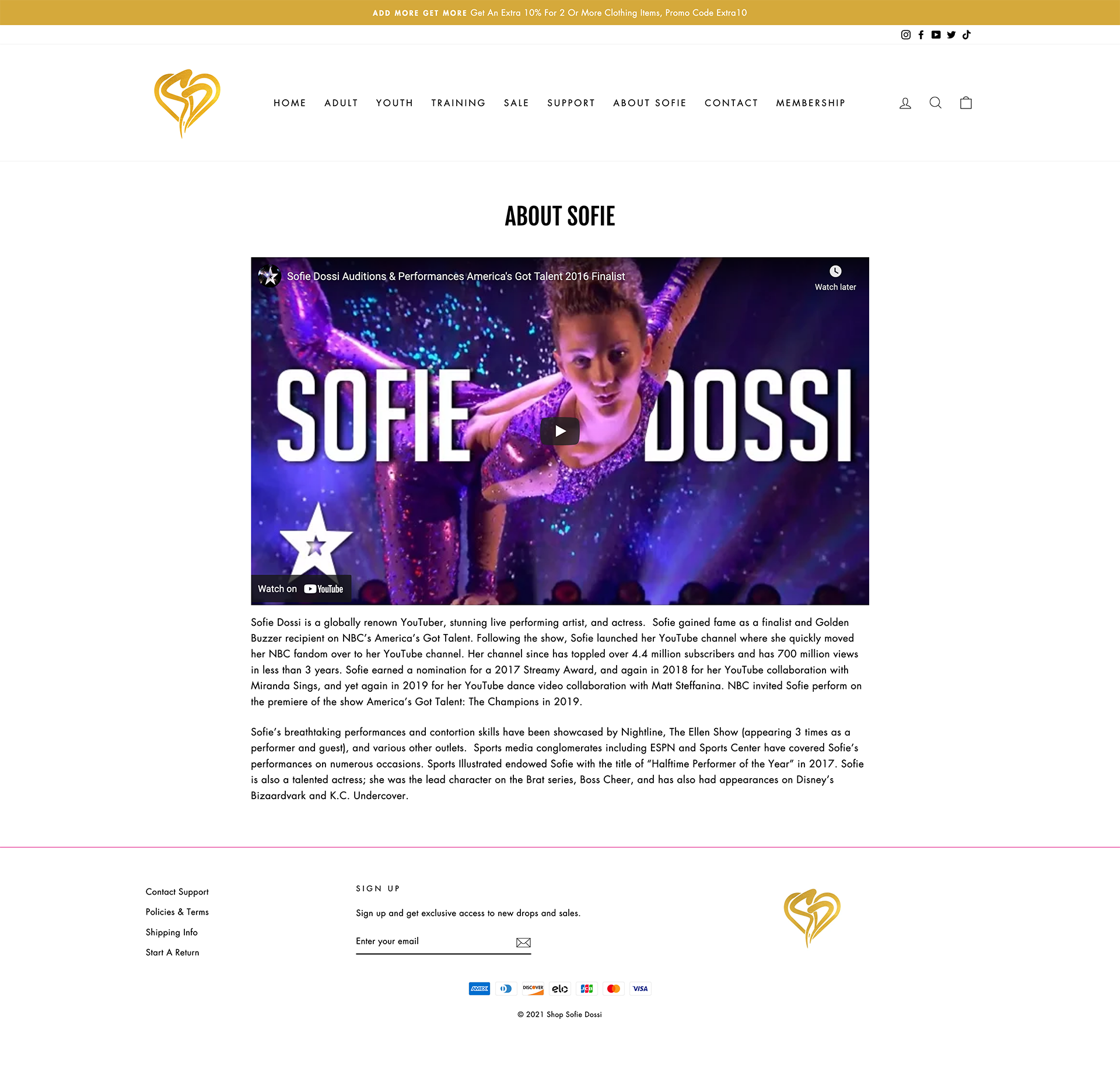 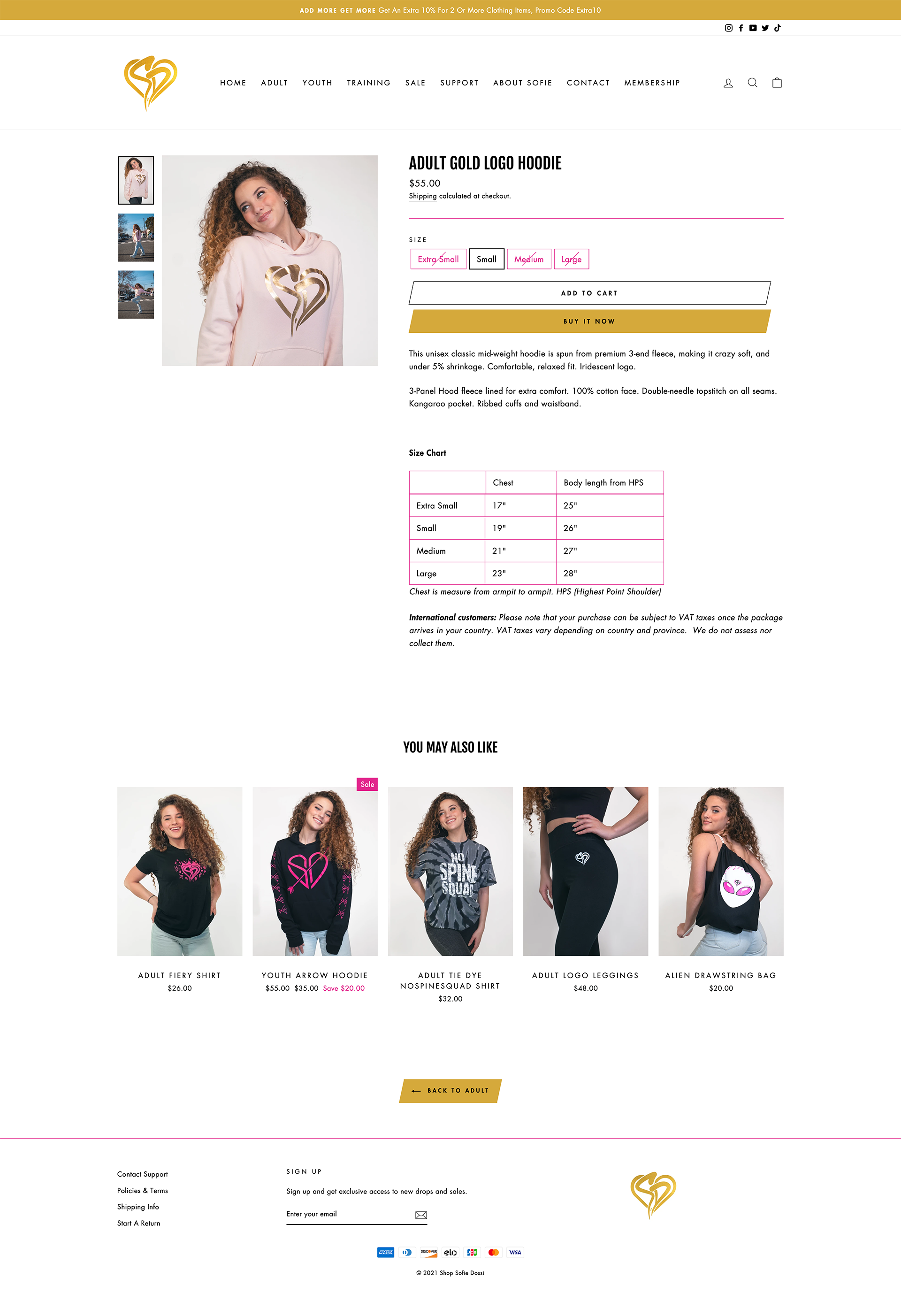 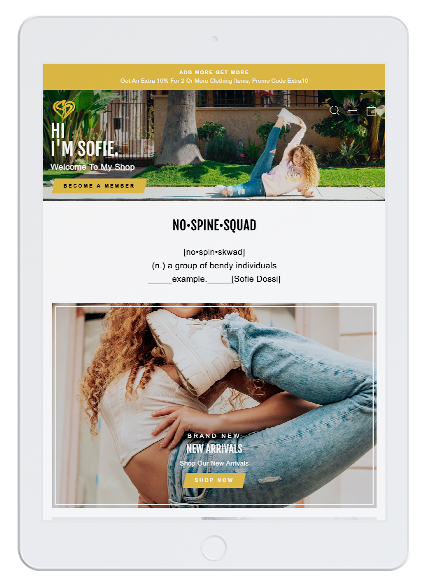 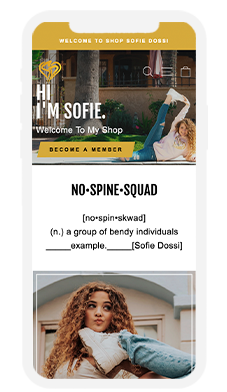